The Clifton Cruiser moored at our bow was away early to get their boat back for 9am, but we weren’t long behind them (though going in the opposite direction).  It wasn’t far to Hillmorton locks, where a lockie was already preparing the offside lock for us.  The orchids were in full fabulous bloom ten days ago, but with the heat they had quickly set seed and gone over.

The locks went ok, not too busy, and although the lockies were staying at the bottom we managed fine. We cruised on in the sunshine and patchy cloud, aiming for the lovely quiet moorings about a mile before Braunston.  We were just making lunch when a passing dog stuck its head through the side hatch, closely followed by an apology from its owner, who was moored a little way behind us on NB ‘Oh I say!’.  We had a quick chat, discovering that they knew our boat and were keen to find out why she had abruptly disappeared in the spring.  We went and had a chat after lunch.  They had three, or was it four, little dogs, which is a lot to have on a narrowboat.  Bonjour had been moored next door to them in Calcutt marina for a couple of years, but with owners not living on board they hadn’t seen a lot of them.  They confirmed that our vendors were an elderly couple and there were some health issues; I doubt we will find out more.  I am sure they kept her for as long as they could, and then we suspect she was taken to the brokerage at North Kilworth by a boat mover.

We carried on towards Braunston.  I took the photo I had missed on the way out, but annoyingly the sun was high and it was difficult to avoid shooting into it.

We paused briefly for a visit to the chandlers then carried on past the Puddle Banks and along under the trees.  The air was full of thistledown but although I took several snaps it didin't come out in any of the photos.

I wonder how many people remember the wall with PINK FLOYD painted on it?  There used to be a boat moored alongside but that went some years ago and now you wouldn’t notice the writing unless you were looking for it.


We continued past bridge 102 near Flecknoe, and easily found a space on this popular stretch.  We have often moored along here, though not for the last few years.  The towpath seems a lot narrower than I remember.  Maybe that is partly because of the (welcome) change in mowing regime, but also I suspect the hedge may not have been cut back as far as it used to be.

Tuesday 2 nd August; Houlton to Flecknoe bridge 102 The Clifton Cruiser moored at our bow was away early to get their boat back for 9am, ... 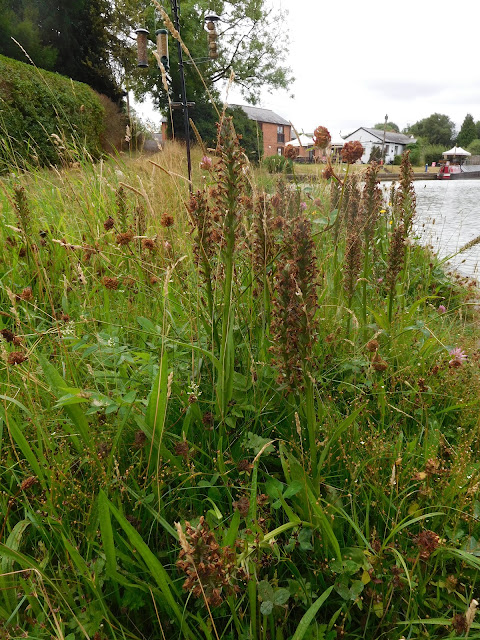 The travels of NB Bonjour, with Dave (Skipper), Debby (crew/blogger) and Meg the ship's dog

nb Bonjour
First we hired, then we shared on NB Padworth. In 2012 we bought Chuffed and cruised with her for 9 happy years - with Dave (Skipper), Debby (crew/blogger) and Meg the ship's dog. 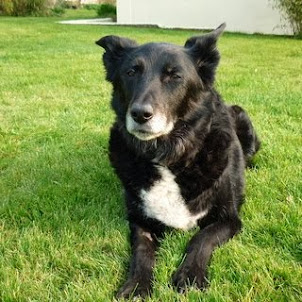